Affordable & Skilled Legal Representation Get Started with a Free Consultation 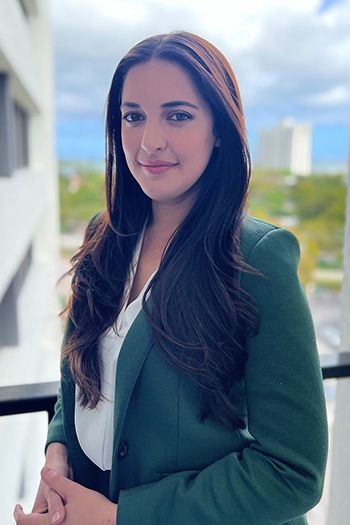 Alyssa Vazquez was born and raised in South Florida to parents of Cuban descent and speaks fluent Spanish. She later received a Bachelor’s degree in Sociology from Florida State, where she developed a passion for fighting for civil rights and social justice. After returning to South Florida to finish law school at Florida International University, throughout which she interned at the Miami Dade Public Defender’s Office, she began her legal career as an Assistant Public Defender in the 9th Judicial Circuit of Orlando where she was a zealous advocate for hundreds of indigent clients, won more than 20 jury trials and motions to suppress illegally obtained evidence. Since she joined a private practice, Alyssa has handled criminal cases all over the state of Florida, including Federal drug trafficking in the Southern District. She brings passion and drive to her work every day and is thrilled to be a part of the team at Rier Jordan.

I'm passionate about fighting for your rights and achieving justice.